Our home inspector went above and beyond to help us understand what he was doing and why we should either be alarmed or worried about things.  Every question was answered in detail and explained clearly.  We were very impressed with the service provided by United Home Inspections!  Thank you very much!

This is our second time using United Home Inspections.  Nathan Susdorf is an excellent home inspector, very thorough, knowledgeable, and patient with customers that like to ask 1000 questions!

Great service! I love that I could schedule the inspection instantly online.

On Monday, I called to schedule an appointment. They were able to schedule me for that Wednesday morning. It was great to get in that fast!! When Nathan showed up, he was very polite and patient. He answered all our questions as he went - which was a lot, AND I asked the same one about five different ways and he never seemed annoyed. He also calmly worked around my household, which consisted of a toddler and a dog that were both excited to see him and wanted to learn what he was doing. He was very patient with me. As for the report, he went through the house, documenting issues he found. As soon as he found one, he would show me and explain the issue. He also informed me what the fix would most likely be. He also went through all of his finds at the end. He was a very pleasant man, and I would recommend him any day!! Thank you!!!

We have used United Home Inspection's services several times.  We find them to be an excellent source.  They are professional, reliable, extremely thorough.  Nathan has been our inspector in each inspection we have done. He is great! United has been our "go to" contractor for inspection and we highly recommend them! It is a huge peace of mind in what can be a very stressful process to know that we can rely on them.

The scope of work was good and the report was comprehensive.  Nathan did a great job inspecting our new home. He explained everything he saw and even answered a few I had that were related to our existing home. I would HIGHLY recommend his services to all of my friends and colleagues.

Nathan was professional, thorough, and patient  during our inspection. His expertise was appreciated, and I absolutely felt comfortable with such a large decision in his hands during my home purchasing process.

Nathan is a knowledgeable inspector and we would use his services again. We received a very thorough report for a very reasonable cost.

Nathan was our inspector for a house purchase in Indiana. Our inspector Nathan Susdorf - was on time and he performed a very thorough inspection of our house. He spent about 2 hours looking over all the areas of the house inside and out and made several recommendations on what needs improved. His knowledge was very evident in his explanation and detailed report. He documented all his findings and explained all the issues/concerns that will help us in the purchase of our new house! He answered all my wife’s questions and also took the time to explain it to me  on what to expect/look out for in future. I highly recommend Nathan for your home inspection!

Everything was great. I can't think of anything to improve. Nathan allowed us to ask tons of questions and he pointed out several things that will make it easier to understand the house once we move in! Would refer him to anyone that needs a home inspection!! Thank you!

Having never bought a house, I was unfamiliar with the inspection process. Our realtor Vicki gave us 3 inspectors to call. I was most impressed with the credentials of Nathan at United Inspectors. He really made us feel comfortable throughout the whole process, from the first phone call to the inspection to our questions after the inspection. A true professional. He has my recommendation.

I am very grateful that I used them! My home inspection was completed about 2 months ago. About a week after we moved in our water heater stopped working. I was able to use the home warranty that came with my inspection to get a free water heater. It saved me about $700!! The inspection was very thorough and report was easy to navigate. I am a happy customer! Would use again if I buy a house. 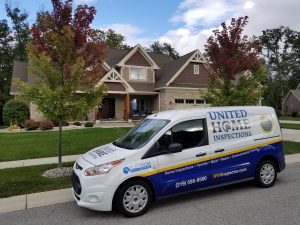 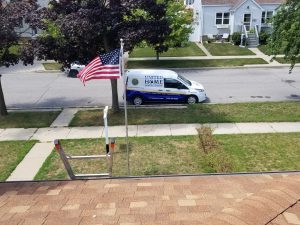 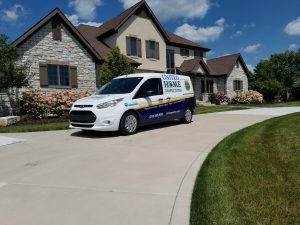